Families, Financial Services and the Professions: The Many Uses of Partnerships and LLPs

Partnerships, Limited Partnerships and Limited Liability Partnerships (LLPs) have a wide range of uses and occur in a range of structures. In this article, Partner  Corinne Staves explores these business forms and their uses, with a focus on families, financial services and in the professional practices world (including internationally).

A wise corporate lawyer once introduced a presentation on partnerships and LLPs as ‘everything you need to know when there’s a triangle in your structure diagram’. That remains one of the most accurate definitions to date.

A general partnership has at least 2 partners, a business and should seek to make a profit.  It is therefore unsuitable as a holding or non-profit vehicle.  It has no separate legal personality and partners are agents of one another, which gives rise to unlimited liability for partnership debts. There are simple default rules set out in statute, but the partners may agree – and later amend – their own terms, including regarding decision making and profit sharing.  Ideally the agreed terms would be written down in a (non-public) partnership agreement to avoid disagreements in the future, but it is common to encounter missing or outdated partnership agreements. General partnerships are not registered at Companies House (or elsewhere) and have no annual filing requirements, such as filing accounts. While this affords great privacy, it also increases the likelihood of poorly managed partnerships and/or accidental partnerships.

A full discussion of limited partnerships is beyond the scope of this paper, but the following should be noted:

Despite their name, LLPs are arguably more akin to limited companies than partnerships.  LLPs must have 2 or more participants and a business in common with a view to profit, but are governed by swathes of statute which apply to companies, including large parts of the Companies Act 2006 and the Insolvency Act 1986. LLPs are corporate bodies with separate legal personality and are incorporated at Companies House.  They must file their accounts publicly and maintain a register of PSCs.  One crucial difference however is the flexibility offered by an LLP, particularly regarding capital, decision making and profit sharing.  The terms agreed between the members of an LLP are usually recorded in an LLP agreement – they should be!  By contrast with Articles of Association, this is a private document and can be varied easily.

Unlike companies, partnerships, limited partnerships and LLPs are often described as ‘tax transparent’ meaning that income and capital gains are taxed in the hands of the participants and not at entity level.

Tax advice should always be taken.

Many families use partnership arrangements in their personal affairs.  A common example is a family business – often in farming businesses. General partnerships offer privacy and simplicity, especially as transparency and complexity increases in the corporate world.

Partnerships also offer families flexibility, for example, when questions around succession depend not just on commercial priorities but also on age, health, capability and personality – any of which can change rapidly and unpredictably.

The flexibility of partnership vehicles also provides a solution to challenges posed by family dynamics. Some families want economic benefits to pass down to the next generation, but without decision making control passing – the stereotypical example being the parent who feels unable to cede control to his children. Other families use partnerships as a vehicle for parents to work alongside one another, with the older generations teaching and supporting the next generation in how to manage the business and assets.

Flexibility is also key in creating truly bespoke arrangements or accommodating challenging family dynamics.  Dig deep and you will sometimes find that a person’s decision making is still driven by the lingering sense of unfairness and resentment of their sibling getting a new red bicycle for their 8th birthday.

‘Flexibility’ here includes the ability to change arrangements (including capital and profit shares) easily and regularly.  This is often welcome in commercial arrangements where compensation mirrors performance (or lack of it) and families can welcome this too.  However, if a family partnership has estate or succession planning objectives, tax advisers are likely to recommend that partners’ interests should be prescribed and identifiable.

Partnerships are an integral part of the global financial services industry.  This discussion focuses on UK-centric structures, but funds and fund structures are established and/or operated from many countries.  Some jurisdictions have developed their limited partnerships law so as to offer financial services businesses a range of options, including separate personality (or not).

The BVCA has produced a clear and comprehensive Technical Briefing on ‘The importance of UK Limited Partnerships for Private Equity & Venture Capital’, which provides much more detail.

Historically general partnerships enabled men (as it typically then was) to carry on their profession alongside other professionals whose care and skill they understood and trusted, collectively insulated against the peaks and troughs of an individual practice.

Modern professional practices now often include hundreds of partners around the world.  LLPs have facilitated the growth of global professional services firms without exposure to the mistakes of unfamiliar partners, while allowing firms to retain and nurture (to varying degrees) a partnership culture.

At their heart, professional practices are based on the notion of a shared business and the sharing of profits. Hours can be and are spent exploring different systems of profit sharing and their impact.  In the simplest possible terms, these can be split into three key categories.

A firm’s culture will be heavily influenced by its choice of profit-sharing system.

Firms often differentiate between ‘Equity Partner’ and ‘Fixed Share’ Partners.  While these are common terms used by many firms, other firms use ‘Senior Partner’ and ‘Junior Partner’ or ‘A’ and ‘B’ Partners. Frankly, they could be called Red and Yellow Partners – these are internal badges rather than formal terminology.

However, an examination of the key differences between the two usual classes of partner demonstrate why LLPs are ideal vehicles for professional services firms.

While it might be possible to replicate these flexible features in a company, significant levels of complexity in share classes would be needed at the outset and throughout the lifespan of the company, especially for larger professional practices.

In the UK, LLPs are tax transparent, so profits are allocated in full between the LLP members each year.  In due course, those profits are distributed, assuming there is enough cash to do so. As always, Cash Is King. This system is known as the ‘full distribution model’ because the full annual profit figure is shared and (eventually) distributed between partners.  This is because tax liabilities are linked to the profits allocated to partners, so it would be unfair to withhold profits on which tax had been paid, but it also means there is no incentive to reinvest in the business for longer term growth.  It also means that partners nearing retirement may be reluctant to agree to long term projects, which could adversely impact succession planning.

Some firms reserve for tax, meaning that the firm can use the cash as working capital before the tax become payable.  However even for firms with prudent reserves, HMRC’s basis period reform project is underway and will create a significant cash challenge for all professional firms with a 30 April year-end, especially if not considered well in advance.

Partnerships have also been used in global international structures.  Some global practices are structured through verein arrangements, with separate entities and P&Ls but a shared brand – effectively a club with agreed club rules – but some massive global brands have enjoyed huge success in this way.

Others however have sought to create one global entity in which all partners participate. In practice of course tax and regulation render this virtually impossible to achieve across the whole globe, but the intent to replicate a global structure and culture often requires a complex network of entities and valve partner arrangements to achieve compensation equivalent to global profits sharing.

Designing an effective structure is only the first piece of jigsaw. Other important questions arise, such as whether to have a system of global cross-indemnities so the whole grouping stands and falls as one. An appealing cultural soundbite, but a terrifying prospect if one entity in that grouping faces an Armageddon claim. If not, how does the grouping achieve fairness if a sub-set of partners is required to practice through an unlimited liability entity (for example for local regulatory reasons). The advisory community has tackled this issue as UK Magic Circle firms have grown and developed a ‘Lifeboat Covenant’ to protect and reassure the exposed partners without exposing any other individuals to unlimited liability.  The mechanics are now so well-considered the risk is even insurable, further de-risking a previously sticky issue.

In summary, partnerships, limited partnerships and LLPs offer a range of opportunities and solutions to everyone from a family clustered happily around their kitchen table to global multi-billion pound professional services firms.

This paper was prepared as part of a presentation to the 5th Annual Conference of the Partnership, LLP and LLC Law Forum, hosted by Elspeth Berry, Associate Professor, Nottingham Trent University, UK on 15 September 2022.

If you would like to discuss the many uses of partnerships, limited partnerships and limited liability partnerships further, or if you have any questions arising from this article, please contact Corinne Staves. 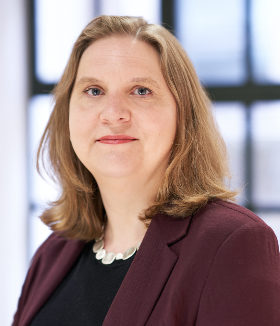 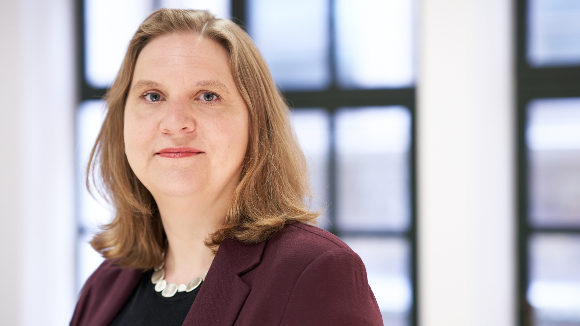 22 November 2022 Do Firms Need to Restructure Due to Recession? Corinne Staves
Get knowledge updates

9 November 2022 Legal Professional Privilege 101: What are the Principles and How is it Applied in an Employment Law Context? – Webinar Beth Hale Wonu Sanda
Get knowledge updates