The 4-Day Working Week Pilot – “The New Frontier for Competition?”

Just over a century ago, at the end of the first Word War and following the foundation of the International Labour Organisation, the average work week for industrial workers in the UK was reduced from 100 hours to 48 hours. At that time, some form of 8 hours per day standard was adopted widely across Europe, Scandinavia, the Soviet Union and the US, frequently described as a type of “peace dividend” following the suffering of workers during the war. Only Japan, amongst industrial exporting nations, remained an outlier, with much longer standard working weeks. In the UK, industries that adopted the 48-hour working week, coal mining, cotton and iron and steel have either disappeared or reduced massively in size but the 8-hour day survived and spread across new industries, financial services and even the professions. The thorny question of whether “productivity” is adversely affected by shorter working hours has been much researched but remains hotly debated!

Since then, there has not been a further reduction in working hours. For many businesses a 40-hour, 5-day a week model is the norm. By law, a UK employee who is over 18 cannot work more than 48 hours per week on average unless either they opt out of the weekly limit or their job role is not covered by the working time regulations (for example a domestic worker, a managing executive in “control” of their decisions or a member of the armed forces). However, following the UK’s departure from the EU on 1 January 2021, there was a fear that the UK Government might legislate to remove the average weekly limit, thus reducing the protection from being forced to work longer hours from a large section of the UK workforce. Though, the Employment Bill has not yet been forthcoming, and a different wind of change is blowing, following the impact of the pandemic and the widespread move to hybrid work. The question is whether we are prepared to embark on a further reduction in working hours.

On 6 June 2022, the UK launched the world’s largest 4-day week trial with 70 UK companies (representing 3,300 workers) participating in the pilot. The key stipulation of the trial is that workers’ pay and benefits will not be impacted by the reduced hours provided that their performance does not decrease either. In other words, on the premise of 100% of the pay for 80% of the time whilst maintaining 100% productivity.

The six months pilot has been organised by 4 Day Week Global in partnership with the thinktank Autonomy, the 4 Day Week Campaign and researchers at Cambridge and Oxford Universities in the UK and Boston College. Together they will evaluate the impact of reduced hours on productivity, the environment, gender equality, and workers’ wellbeing. Juliet Schor, the lead researcher and a professor of sociology at Boston College, Massachusetts has described it as a “historic trial” in which they will seek to analyse “how employees respond to having an extra day off in terms of stress and burnout, job and life satisfaction, health, sleep, energy use, travel and many other aspects of life.” The trial will end in November 2022 and the companies will then have an option to decide whether to continue with the new working pattern or to revert to the 5-day work week. The study covers large and small businesses in many different sectors including education providers, digital marketing, housing, construction, consultancy and even a fish and chip shop in Norfolk!

What are the advantages?

Several companies have already reported positive results, which are consistent with previous trials conducted in many other countries. So far, the following benefits of working a shorter week have been identified:

According to several studies, there is a negative correlation (to an extent) between productivity and working hours. Essentially, working longer hours means that productivity gradually decreases as workers cannot sustain the same level of output throughout the day. The 4-day work week has shown that the theory works in practice. For instance, Microsoft Japan has conducted a mini 4-day week trial and witnessed an increase in productivity by 40%. The UK is also starting to see an increase in productivity with the introduction of a shorter week. However, much depends on how productivity is measured. For businesses such as law and accountancy and management consultancy, which historically have tended to measure productivity based on time spent, the ideal of greater productivity in fewer hours presents a huge challenge.

Workers are considerably more content working fewer hours, as they have more time to spend with their family and friends, or to take up a hobby. They are also less likely to suffer burnout and other stress-related mental health issues, impacting their ability to perform at work. This is also undoubtedly beneficial to employers, as it is likely to reduce the number of sick leave days and health and safety (stress at work) related claims.

Employers that offer a 4-day week may be able to tap into a wider talent pool by attracting candidates who are not in the position to work a standard week because they have childcare or other caring responsibilities. The reduced work week is also likely to positively impact employers’ retention rates, as workers may not want to switch from working 4 days to 5 days a week if a prospective employer does not support the scheme. The study comes at an interesting time where there is currently full employment in the UK and a shortage of workers in many sectors. If the UK moves into recession as predicted and unemployment rises, the balance is likely to shift.

There is a strong suggestion that a reduced work week will be highly beneficial to the environment. It is estimated that the UK’s carbon footprint can be reduced by 127 million tonnes (21.3%) per year if we were to switch to a shorter work week by 2025. Employers who are carbon footprint conscious may wish to consider switching to a 4-day week, to promote more sustainable ways of working. At the same time, as workers fear the cost of working from home this winter, because of high energy costs, they may be more willing to commute into the office and save on energy bills at home.

What are the disadvantages?

Interestingly, some of these benefits can also be disadvantages:

At this stage, it is not clear whether productivity can be maintained at 100% in the long run. Employers may wish to conduct frequent performance reviews to ensure that productivity is not affected by a shorter work week. Managers must find effective ways to measure output and efficiency and work to divert people away from low-value activities that do not impact the bottom line in order to drive the efficiency needed to support the 4 day week.

Some workers may be pressured to work longer hours in order to finish their work within a 4-day week. The increased pressure and longer hours may lead to burnout and other stress-related issues. Therefore, some surveys have shown that not all workers are in favour of a 4-day week and employers may wish to consider implementing certain measures to ensure that workers do not work longer than they should. In any event, it is likely to be counterproductive and enlightened employers will benefit from consulting closely with their workers to react to their feedback as to which of their current tasks they feel are wasting their time. Once identified, they can then try to eliminate them from the work without losing any of the service which the employer is seeking to offer to its clients and customers.

This is a further issue to consider, if a business moves to a 4-day week on 100% pay for “full-time” workers, would the business then have to adjust the part-time salaries upwards or would the part-time workers expect to work less than 80% time for 80% pay? In order to avoid unlawful discrimination against part-timers, and operate a fair system for all, this issue would need to be addressed.

Is it logistically feasible?

Highly regulated, global businesses clearly face challenges to remain competitive and not lose business if they were to shift to a 4-day week and not lose out to competitors who offer a 5-day a week service. There can be no compromise on regulatory or compliance standards on which the very success and existence of the business depends. Perhaps, for some businesses such as currency, which operate in global markets, it will simply not be possible. Some challenges and questions remain to be resolved. One participant in this sector, Atom bank, has been quoted as saying that so far, the benefits seem to outweigh the challenges. Success seems to be predicated on whether the business has the right business model and invests in technology appropriately. Preparation is the key. One aspect which is important is to plan ahead and implement processes that will reduce distractions and allow workers to concentrate on their workload. Several employers have drastically reduced their internal meetings and encouraged workers to block “focus” time in their diaries to increase an uninterrupted workflow.

The 4-day work week has been described as a “triple-dividend” policy – helping workers, companies and the climate but more analysis is needed and a sector by sector and company by company approach is likely to be needed. Our view currently is that it can be implemented successfully by many employers with a careful and pragmatic approach, where the non-negotiables, such as compliance issues, have been thought through and agreed in advance. It may seem like a drastic idea, just like the initial reduction in hours a century ago, but if it is working then it is our hope that senior managers, general counsel and senior HR professionals will work hard to find ways to innovate to enable the businesses they lead to embrace this change. Perhaps in hindsight, if adopted, it will be seen as a post pandemic dividend just like the peacetime dividend before it.

We will follow up at the end of the pilot, but in the meantime if your business is trialling the 4-day week (whether as part of the pilot or outside of it) we would love to hear from you. Please contact Yulia Fedorenko (Associate) or Merrill April (Partner) in the first instance. 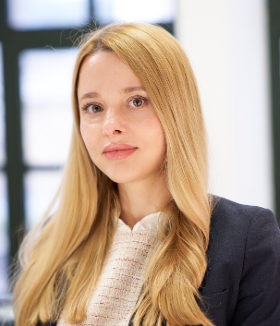 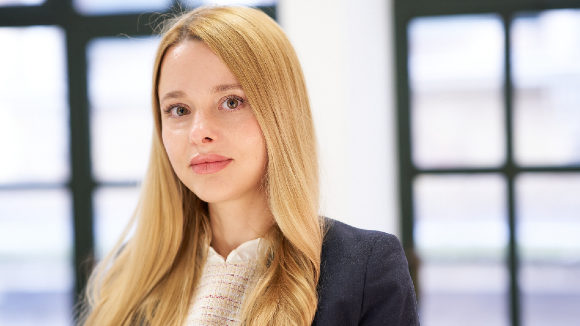