The question of whether it is ever acceptable for individuals to be “bought off” and “paid for their silence” has, understandably, come under the microscope in recent years. There has been particular scrutiny where confidentiality clauses, or NDAs, have been used to prevent employees from reporting allegations of sexual harassment or other similar misconduct, for example, in the case of Harvey Weinstein where very onerous confidentiality clauses appear to have been used to hide an ongoing course of misconduct.

In response to this, the Solicitors Regulation Authority (“SRA”) issued a warning notice on the use of NDAs on 12 March 2018. The warning notice made it clear that, while NDAs may be legitimate in certain circumstances, they must not prevent (or appear to prevent) anyone from blowing the whistle under the relevant legislation or from making any report of misconduct to or cooperating with a regulator or law enforcement agency. The warning notice applies to solicitors and firms entering into NDAs as well as to those advising on their terms, and has recently been updated. While the update has not changed the key messages of the warning notice, there is now more clarity around what is and is not acceptable when entering into or advising on an NDA. The updated notice is here.

The key change to the warning notice is that further clarity has been provided around particular types of clauses which are discouraged (e.g. claw back clauses) as well as on how the guidance in the warning notice interplays with the SRA Codes of Conduct for Solicitors and Firms.

When entering into or advising on an NDA, solicitors should have regard to the following:

• You must not abuse your position by taking unfair advantage of your clients or others.

• You must cooperate with the SRA, other regulators, ombudsmen, and those bodies with a role overseeing and supervising the delivery of, or investigation concerns in relation to, legal services.

• You must not attempt to prevent anyone from providing information to the SRA or any other body exercising regulatory, supervisory, investigatory or prosecutor functions in the public interest.

• You must report promptly to the SRA, or another approved regulator, as appropriate, any facts or matters that you reasonably believe are capable of amounting to a serious breach of their regulatory arrangements by any person regulated by them.

In addition to this, solicitors are reminded that, as set out in the previous guidance, NDAs would be improperly used if they seek to prevent, impede or deter, a person from:

• Reporting misconduct, or a serious breach of your regulatory requirements, to the SRA or other regulator.

• Making a protected disclosure under the Public Interest Disclosure Act 1998.

• Reporting an offence to a law enforcement agency (such as the police).

• Cooperating with a criminal investigation or prosecution.

The notice also provides that NDAs should not be used to:

• Influence the substance of such a report, disclosure or cooperation.

• Improperly threaten litigation against, or otherwise seeking improperly to influence, an individual in order to prevent or deter or influence a proper disclosure.

• Prevent someone who has entered into an NDA from keeping or receiving a copy.

Furthermore, the SRA stated that NDAs or other settlement terms must not stipulate, and the person expected to agree to the NDA must not be given the impression, that reporting or disclosure as set out in the guidance is prohibited. Agreements should not include unenforceable penalty clause or other unenforceable clauses, including warranties, indemnities and clawback clauses used in a way which inhibits or impedes reporting.

The updated warning notice goes further in reminding solicitors of their duty to not take unfair advantage in situations involving the use of NDAs or confidentiality provisions, examples of which include, but are not limited to:

• Where an opposing party lacks legal knowledge or where they have limited access to legal representation or advice, for example proposing or including a clause which you know to be unenforceable, or threatening to litigate upon such a clause, or where a party is represented but is receiving a limited or nominal contribution to legal fees.

• Applying undue pressure or using inappropriately aggressive or oppressive tactics in your dealings with the opposing party, for example imposing aggressive and artificial time limits on a vulnerable opposing party to agree the terms of the NDA.

• Seeking to rely on your position as a solicitor as a means of exerting power over the opposing party, for example by discouraging them from taking legal advice.

The warning notice can and will be taken into account by the SRA when making decisions on whether to take disciplinary action against a solicitor who is alleged to have misused an NDA or other relevant confidentiality clauses.

It is important to be aware of the changes in the updated warning notice, particularly when dealing with clients (or opposition) who are keen to use inappropriately aggressive or oppressive tactics, such as the setting of artificial time limits for signing up to an NDA. The setting of deadlines for settlement agreements in particular needs careful thought, and it is important to bear in mind that your professional obligations override your duty to act in the best interests of the client. Care needs to be taken by all those in the legal profession, including those working as in-house lawyers, when drafting and negotiating NDAs in cases which involve allegations such as harassment, discrimination, whistleblowing or other such misconduct.

If you have any questions regarding the issues discussed in this news alert, please contact Partner and General Counsel Beth Hale and Associate Naomi Latham, both of whom specialise in employment and partnership law for senior executives, multinational employers, partnerships and partners. 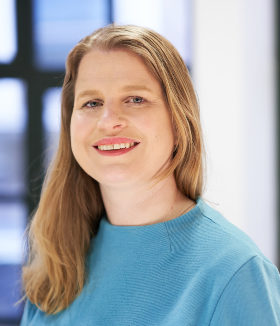