Is it Time to Spring Clean your Partnership or LLP Agreement Following the Court of Appeal Judgment in Joseph v Deloitte?

Professional Services firms should consider revisiting the drafting of their partnership or LLP agreements, following the recent Court of Appeal decision in Joseph v Deloitte NSE LLP [2020] EWCA Civ 1457. This is especially in relation to notice provisions (for example, provisions concerning the compulsory retirement of partners) to ensure that:

Ensuring that such provisions are unambiguously drafted and considered in the round, to ensure that they could not result in an unintended outcome, will reduce the scope (as far as possible) for legal challenge. Our Senior Consultant Elizabeth McEneny and Partner Zulon Begum consider these important issues for partnerships and LLPs further below.

The Joseph case is a salutary reminder to both firms and individual partners of the importance of reading and understanding the specific terms of a partnership or LLP Agreement (or by extension any contract including, contracts of employment) and not expecting fairness or equity to step in to protect a party from what can be perceived to be deeply unfair consequences of a literal interpretation of a contractual term. In this case, what looked like common and innocuous drafting of a compulsory retirement provision, created a significant and arguably unfair loophole that the firm used in its favour.

It is exceptionally rare for a partnership case to be litigated in open Court- let alone for one to proceed to the Court of Appeal. Usually, carefully drafted arbitration provisions prevent partners from airing their dirty laundry in the public arena, but not in this case, which concerned a challenge by Mr Joseph – a Swiss based equity partner of Deloitte- of the decision to compulsorily retire him.

Under the terms of the LLP agreement the compulsory retirement of a partner involved a 3-stage process, as follows:

Mr Joseph exercised his Stage 2 right and filed written submissions on 1 October 2019. He decided not to attend the meeting on medical grounds – and this is when matters start to go wrong.

He was advised by the Managing Partner that the next Board meeting would be on 2 October and that the Board’s decision would be communicated to him by no later than 9 October.

However, Deloitte did not follow the timetable that it had given to Mr Joseph. In fact, the Board meeting was moved forward a day and was held on 1 October 2019. Mr Joseph was not told of this fact. Of course, had he been able to attend the meeting in person (virtually or otherwise) he would no doubt have been aware of the date change.

On 10 October, Mr Joseph wrote to Deloitte noting he had not been notified of the Board’s final decision (as he had been told he would be) and exercised his Stage 3 right to convene a special partners’ meeting.

The firm at this stage explored with Mr Joseph whether there was any alternative way forward – but Mr Joseph insisted on his right to call a special meeting of the partners to hear his case.

Deloitte then chose to take the point that Mr Joseph’s request was a day late as the Board meeting had been held on the 1 October and not the 2 October as advised.

Mr Joseph argued that for time to commence running from Stage 2 – the Board needed to have communicated its decision to him. Otherwise, how could he know whether he needed to proceed to Stage 3 – as he may no longer be aggrieved, and the duty of fairness and good faith owed by the partners to each other should surely save him from such conduct.

Based on the above fact pattern one would probably be expecting a ruling in Mr Joseph’s favour – as how could it possibly be fair and not a breach of the duty of good faith for the firm not to be found to have misled Mr Joseph and for equity not step into save him.

However, this case highlights the fact that the current direction of travel in contract cases is towards a literal interpretation of the contract, which is how this case played out.

Unfortunately for Mr Joseph and potentially others that come after him, the Court disagreed and held that the LLP agreement was “clear and unambiguous “ in its provision for a 7 day appeal deadline from the date of the relevant Board meeting – rather than the date of communication of any decision.

It emphasised that the LLP agreement was a carefully drafted contract and that it governed the relationship between “a sophisticated user group” and that to extend the time to 7 days from the date of communication of the decision would be to rewrite the clause to provide a different rule and would conflict with the express wording of the contract.

In relation to Mr Joseph’s arguments relating to estoppel, the Court found that when Mr Joseph was advised of the date of the Board meeting the only representation that was made was that he would be informed of the decision by 9 October – nothing had been said expressly or impliedly that the time by which he had to exercise his right to demand a full partners’ meeting would change.

The Court found that the predominant purpose of the 7-day deadline was to provide certainty and acknowledged that the price of certainty was the potential for unfairness.

This case highlights the importance of carefully analysing terms of partnership and LLP agreements and looking at their strict literal meaning to see if they are sufficient and not expecting equitable principles or express or implied duties of good faith to save a party in situations where the result of a strict interpretation of a particular clause is harsh and unexpected.

As many partnership and LLP agreements include similar retirement provisions, very careful consideration will need to be given by partners to the strict legal interpretation of the relevant provisions, and in cases where partners have been served with a notice of retirement, action may need to be taken at an early stage to preserve and protect the partner’s position.

Firms should also revisit the wording of their partnership or LLP agreements to ensure that they clearly reflect the intention of the partners and to ensure that there is as little scope as possible for legal challenge – which is costly both in terms of legal fees and management time. The Deloitte agreement, when analysed by the Court, appeared to have some deficiencies around ensuring that there were clear notice provisions in respect of all terms which required notice in the agreement.

The governance and decision-making processes in partnership and LLP agreements for such corporate style organisations should be reviewed to ensure that similar loopholes are not unintentionally embedded within the agreement.

It is especially important in large partnerships to ensure that contractual terms that require the involvement of all partners are very clearly drafted to avoid misinterpretation and matters being escalated unnecessarily and without good reason to the entire partnership.  It is worth noting that had Mr Joseph’s request for the decision to be reviewed by all equity partners been made in time, it would have required the involvement of some 1,700 partners.

As many key partnership decisions will now be being made virtually it is vital that attention is given to notice provisions, quorums, remote attendance provisions and voting requirements. Thought should also be given to possible additions or amendments that should be made to the agreement to reflect the “new normal” of working in a virtual world and the probability that for the foreseeable future we may not return to the usual office structured working patterns.

The case also highlights the importance of attending in person meetings that have a potential significant impact on an individual’s future. Of course, attendance at such meetings is naturally a deeply uncomfortable and anxiety inducing event- and many partners avoid attendance on the basis that it is simply too stressful for them to attend. However, the stress of such attendance needs to be balanced against the risk of an adverse decision being made in the partner’s absence (and the ensuing stress that will no doubt induce), without the partner having every opportunity to plead their case and (where the decision goes against them) take swift action to protect their position under any applicable appeal process.

If you are a partnership or LLP and would like to discuss updating your partnership or LLP agreement or you are a partner or LLP member facing a potential partnership dispute, or for specific legal advice on particular circumstances, please contact our Senior Consultant Elizabeth McEneny, who specialises in contentious and non-contentious employment and partnership issues for multinational employers, senior executives, partnerships, LLPs and partners, as well as advising on and litigating shareholder disputes, and Partner Zulon Begum, who specialises in partnership law and focuses on advising professional services firms on structuring, governance, LLP/partnership agreements, mergers and acquisitions, and partner exits, team moves and restrictive covenants. 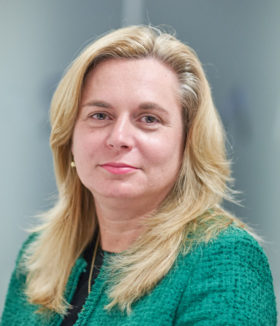 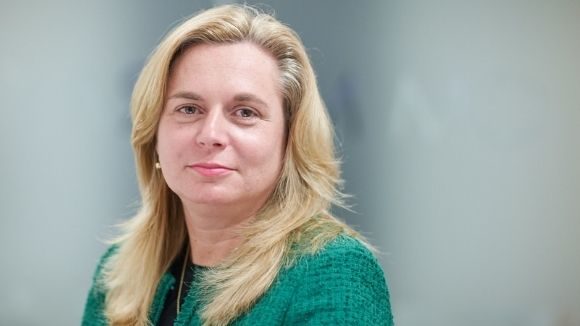 11 January 2023 Own Interest Conflicts for Law Firms and Lawyers – Can You Put Things Right When You Make a Mistake? – Ten-Minute Talk Andrew Pavlovic Corinne Staves
Get knowledge updates